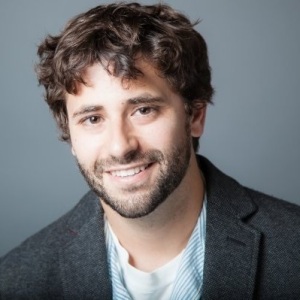 Sam Boush has just had his first novel published – a sci-fi, techno-thriller called All Systems Down about an imagined catastrophe in the not so distant future. We first connected on Twitter when I asked him to explain the genre. He explains it again below and answers several more of my nosy questions.

Well, last week my fifth grade teacher reconnected with me and ordered a copy of my book. I just thought about how eleven-year-old me would have reacted if he’d known a special teacher would, twenty-five years later, be reading his book. I got a little teary, which doesn’t happen often.

The most challenging part has been reining in my expectations. I keep telling myself this is a great start, but building up a fan base takes time and years more work. So even though we had strong sales and stellar reviews last week at launch, I know the road to real success is still a long way off.

When did you start calling yourself a writer?

I only started calling myself a writer (and changing my LinkedIn profile) a few months ago, in conjunction with the cover reveal for my book. Most people didn’t know I’d gotten anything published before that.

I don’t really think writers do themselves any favors by announcing themselves too early. It can add pressure and expectations that aren’t easy to meet. The process of publishing a book for debut novelists can take a year or more, even after it’s written. Why invite questions and stress too early?

Talk a bit about your journey toward publication. How did you find your publisher?

Like most of us, I didn’t enjoy the querying process. A lot of rejection. A lot of unanswered emails. But after a few months of working diligently, I had two publishers interested in my manuscript. It was a good place to be since it allowed me to select the one that fit me best. But it was also difficult because the other publisher I didn’t select, Owl Hollow Press, has a talented staff. (I recommend your readers query directly if it’s a fit. I have only good things to say about how they handled the process.)

Ultimately, I chose Lakewater Press, and have been thrilled with the team. They publish more than just sci-fi thrillers like ALL SYSTEMS DOWN, so your readers might find they’re a fit depending on genre. Pretty much all my success should be attributed to Kate, Jodi, Rebecca, Emma, Samantha, and the rest of the team over there. They’re all ladies, and they’re incredible. 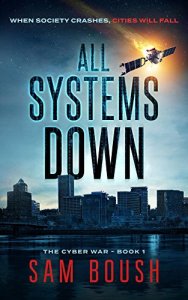 What is your book about? Who is your audience?

ALL SYSTEMS DOWN is a thriller set in present day. Brendan Chogan is an out-of-work parking attendant, unsuccessfully interviewing for jobs when a series of computer viruses from North Korea begin to wreak havoc on the country. Banks close. Bridges are raised. The electric grid falters. Satellites fall from the sky.

From there it only gets worse. I won’t spoil too much.

The audience is broad. I’d say if you liked Jurassic Park, it’s similar in style and pacing. A fun read, I hope.

How does All Systems Down fit into the sci-fi genre as well as thriller? Do you plan to write other books in this genre?

I suppose it’s more of a thriller or technothriller. Broadly I believe it fits under science fiction, so “sci-fi thriller” is as good a descriptor as any.

All Systems Down is the first in a planned series. I’m working on the second book now, with potentially a third. So, yes, I’ll definitely keep writing sci-fi thrillers!

One thought on “Interview with author Sam Boush”