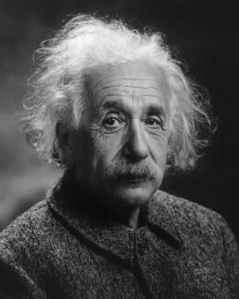 I wonder what you remember of being a kid in school. What was the most common remark you heard from your teachers? It might have been anything of the myriad activities that engage young children at the perimeter of studies. Don’t write on the desk. Stop running in the hall. Sit up straight. Throw out your gum. Turn to the right page. Stop talking to Sally (Henry, Willis, Coralee.) Sharpen your pencil before class. That’s not a word we use in school. We heard all those comments directed at kids who needed reminding about the purpose of school: practicing times tables, practicing spelling words, practicing cursive writing, practicing reading, practicing memorizing. School instruction was not interesting so much as required. School instruction was not creative at all. It was practice for something else.

None of those comments were directed at me, however. I heard another order – often – from every teacher through the elementary grades. “Sharon, stop daydreaming.” Because there I’d be, my head turned toward the huge windows along the back wall, staring out at the gray and yellow skies, the bare limbs of the trees, the steeple of the church across the street. Caught daydreaming again about all the possibilities of life outside our classroom, wondering what it would be like if. My teachers thought I was wasting time but I was imagining a different world. I turned back to the current lesson though not for long. I’d be daydreaming again before the end of the day.

I recently read Seven Brief Lessons on Physics by Carlo Rovelli. The first chapter was about Albert Einstein and the fact that he spent a year doing nothing but daydreaming. Einstein’s daydreams led him to conceptualize some of the most revolutionary ideas about the nature of physics and the role of light, energy, and matter in the origin of the universe. After that daydream year, he had a creative explosion that resulted in him writing four important papers that identified the connective nature of just about everything in the cosmos. Eventually he won the Noble Prize.

Writers need a break from ordinary routine. We put too much emphasis into the strategy we think should result in brilliant writing. It’s like buying the most expensive computer system, adding an outstanding writing program, lining up research files, then drawing a creative blank. The novel doesn’t emerge.  Great story writing doesn’t come from elaborate equipment. It comes from slow and careful observation about the world, thinking about the human experience until the artist has insight about life.

Once we start to write, we should not try to write well. We should just write. Let the words flow and don’t worry about whether or not it’s good. That’s not for us to judge anyway – that’s for readers to judge. And maybe what we should be doing is not writing at all for a while but continue the daydream until writing organically enters our stage.

Everybody knows Einstein did poorly in school, that he appeared to do nothing for a while. But it isn’t true that he didn’t do anything – he observed, he thought, he let ideas flourish in his brain. He wondered. That year of daydreaming was the catalyst for the extraordinary and continuing bursts of brilliance that allowed him to cultivate his curiosity and resulted in the synthesis of his ideas. That led him to develop one of the pillars of modern physics, the theory of relativity.

Maybe we don’t have everything yet.  Maybe we need time spent looking around the world, observing, thinking, wondering, the way Einstein spent that year looking at the universe. Because if we don’t find the world enchanting – the way the clouds gather around the moon, the way we can talk to a stranger who doesn’t speak our language, the way the horizon stretches to infinity yet never really exists at all – we might as well stick with writing shopping lists.