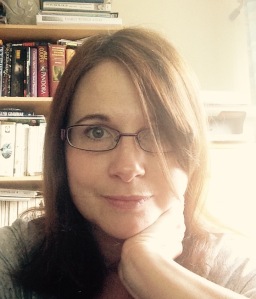 Carla Burgess is a women’s fiction writer I met in a critique group I’ve participated in for several years. (I highly recommend joining a group like this, for many reasons.) It wasn’t until another member mentioned it that I discovered she’d been published and that made me curious about all the usual things. She’s indulged me and answered my questions below.

What do you find most useful about belonging to a critique group?

Being a writer can be a lonely, isolating business, so having a support network of online friends is a wonderful thing. I found the Women’s Fiction Critique Group great for support and advice, and it was invaluable for gaining feedback on my manuscript. This was especially important in the early days when I was a ‘secret author’ and too scared to let friends and family read my work. Critiquing other writers’ work was also an interesting experience, and I found you could learn a lot from the whole process, especially when you read other people’s feedback and see how people’s opinions and reactions differ from your own. I enjoyed being part of the group and hope to become more active again one day, but unfortunately, recent deadlines have meant that I haven’t had the time to join in.

What kind of writer are you? Do you insist on daily word counts? Did you study writing in school? Do you edit as you go or force out a whole first draft first? Do you write in silence or with music? In the morning or at night?

I’m lucky enough to spend my days writing while my children are at school, but often I find it easier to write at night when everybody is in bed. It’s not so much the quiet that I need as I often listen to music while I write, but it’s more the fact that there’s no laundry to sort or cleaning to do. No one is going to phone me or ring the doorbell. I try to do 1000 words a day but if that’s not possible I don’t worry too much. If I’m on deadline, I tend to average about 4000 words a day. At the moment, I’m going over a first draft and am spending most of my time reading and making notes and thinking up alternative scenes, so I’m not making my word count but that’s okay. I’ve been on quite tight deadlines recently, so I’ve just been banging out a whole first draft first and resisting the urge to go back and edit what I’d already written. It was quite hard this time because I knew the beginning wasn’t right and wanted to tinker with it, but I also knew I needed to get the ending down so I forced myself to carry on. It was a big relief when I wrote the end and finally got to change my beginning.

What do you do when you get stuck in the writing process?

A change of scenery often works wonders. Sometimes it’s just a matter of walking the dog and an idea will pop into my head, but occasionally I’ll write a note in the text to come back to that bit and write a different scene to help move the story along.

Can you describe your path to publication? Did you query agents? How long did it take?

My path to publication was a bit of a shock really. I was on Twitter and saw a tweet from HQ Digital, which is a digital imprint of Harper Collins, asking for submissions of stories that start with a proposal. I wrote a synopsis and first chapter and sent it in, and then they called me to ask me to write it and offered me a two-book deal. I had the offer in February 2016, and Marry Me Tomorrow was published in October of the same year, so it was quite fast really. My second book, Stuck With You, was published in April 2017.

Talk a bit about your most recent book. How long did it take to write? Who is your audience?

I’ve since been offered another two-book contract from HQ Digital and my third book, Meet Me Under the Mistletoe is being published in October 2017. It’s a contemporary romance set at Christmas time, and follows Rachel, one of the characters from Stuck With You. She works in her family’s florist shop and is clashing with the grumpy but handsome new tenant in the flat above. It’s taken me just under four months to write the first draft, which is about 86k words. It will then go off to my editor who will make suggestions for structural edits, and then be proofed by a copy editor. I’ve just seen my new cover so it feels like it’s really happening now and I’m getting excited.

For book updates and author info, connect with Carla on Facebook!