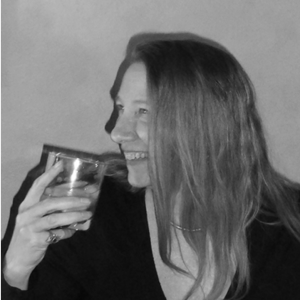 Cass McMain’s third book, Gringo, is a little different than her first two. There’s still the realistic dialogue and relatable characters she’s known for, but this time she pushes the boundaries and includes a mysterious, perhaps supernatural, element. She’s created something of a headscratcher for her readers, but figuring it out is so rewarding that I convinced her to help walk us through it, with as few spoilers as possible. I also think it’s interesting to consider one writer’s process and compare it to your own.

This book is a bit of a puzzle by the end. The reader has do some work to figure it out. What is the reader response you’re getting so far? Do people get it? I had figured out that Daniel is an unreliable narrator and was relying on neighbor Greg to point me in the right direction. But you have to read those sections very closely.

I sent this to a number of beta readers, asking especially for them to look at it with an eye toward understanding. I was told by all of them that it was clear as a bell. Then, of course, half of these readers immediately proved with their next words that they had not understood it at all. I think almost nobody gets this book right away. It takes some thought. But everything is there; you just have to pay attention. You have to be very aware of the world you are in, aware enough to look back at the road you’ve been on. A lot of people don’t read that way. Greg is, as you noted right away, crucial to the understanding of this novel — but he also has been very carefully presented; you are meant to be sure you have seen what you have not seen at all.

For people who don’t get it immediately, what would be a helpful hint that doesn’t give it away completely?

How to give a clue without giving away the work, that’s one for the ages. I have no idea. I think the concept is familiar enough, from previous efforts in film and print, that when you give the only clue that helps, it immediately ruins the effect. All I can say, as you have: it makes sense. “Trust me.” Haha. It’s hard to get by with that.

When I started this book, I had no idea. I, myself, had to go back through, looking for proof I was wrong. I wasn’t wrong. My God, I said. It’s true. I have fooled even myself. It was halfway through writing the book when I found out what had happened, when I saw the twist. The other twist, the more obvious one, yes, I knew that one early. It was built into the reason I wrote the thing.

What inspired the events of this book?

Lack of sleep inspired the book, in a big way. The people across the street, an unfriendly crew whom I never actually laid eyes on, had tied a dog to the tree out front. He barked every night from 11pm until 4 am. (I never did find out what was behind these strict hours he held to.) He kept me awake for weeks. I was out of my mind with lack of sleep, crazy angry. I had just finished Watch, and was looking for new things to write about, and I could not concentrate at all. Everything became barking, everything was a dog.

I hated that dog. I wanted him dead. I called the City over and over again, to no avail. Eventually, I was standing in the street, barefoot at 2 am, in my bathrobe, throwing rocks and sticks at the dog and at the windows of the house, screaming nonsense. If I’d had a gun, I’d have shot that dog. Shortly after that, a writer friend asked what I was working on, and I told him: nothing. I explained about the dog. I explained about the barking. My friend said I should write about that. And when I said no, the story would be too short, how could I write about a barking dog and make it into an actual story, he said… maybe the dog is barking for a reason. And it came to me, the dog’s reason, then. I started writing the book the next day. I never once saw the people who lived in that house, but they moved away a few weeks after I started writing. Maybe they were never there at all.

What is the message you hope readers take away when they finish Gringo?

As a reader, I think figuring it out is half the fun, which is why I hesitate to give it away here. For those who’ve already read through the book once, here’s a SPOILER/HINT:

You sent me an article that helped me think about it.

The article I sent you was helpful, and maybe the clue is there, though I think once you posit the term “parallel” you have given it all away. Perhaps the secret, then, is in what way these people have come to be so broken, broken enough to find other worlds under their very noses. Broken enough to leave parts of themselves, ghostlike, behind. Does that give away too much? Yes, of course it does. My goal, early on, was to make people want to read it again, just to prove me wrong. To prove they did see what they assumed they saw.

I’d love to continue this conversation in the comments section with readers of Gringo or writers who’ve struggled with similar issues in their work. How do you make your intentions clear without hitting readers over the head?

3 thoughts on “Interview with Cass McMain: On Crafting Twists”