What is this stuff, polystearolmonocylibrium #17? I have no idea. Nothing I’d want to put in my mouth, over my kids, or around my garden. Must be some chemical-mineral concoction brewed up at a secret laboratory in the bowels of Los Alamos. Number 17 yet – sheesh, they made an awful lot of mistakes getting to the one potion they liked well enough to put on the market. Hope they know what they’re doing – hope they know what polystearolmonocylibrium #17 does!

Thing is, I’ve read wanna-be books – books whose authors hope they are on the road to publication – that are as knowledgeable about aspects of incidents in their stories as you are about polystearolmonocylibrium. Which means they’ve written rubbish. Writers can’t write what they don’t know about. Those who do present themselves as false, pretentious, foolish. Readers won’t put up with deception. Rule number one, or someplace near the top of the list: write what you know. 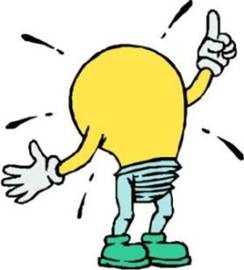 Were I to write only about what I know from personal experience, my work would be a few hundred pages of everyday observations. Best dusting techniques when guests are arriving in half an hour – focus on what shows, skip the back of the shelves. Shortest driving route up the California coast – the inland 5 Freeway which is flat and hot and unbelievably gets flatter and hotter. Discovery that California Highway Patrol does not take reports about minor surface-street accidents – non-freeway fender benders are the jurisdiction of the California Sheriff. I haven’t lived in a war zone, been kidnapped by desperadoes, invented anything of worth, or lived the life of a space pioneer, so my first hand experiences are limited to these kinds of mundane activities. So, how can I write about spectacular events from my ordinary armchair?

Here are snippets about how the experts approach fiction. Barbara Kingsolver researched the mudslide catastrophe of the Mexican village of Angangueo, Mexico, where the monarch butterflies migrate every year. She also studied with a dedicated biology team to combine the real peril of climate change with an imaginative take on biological adaptability to write Flight Behavior. One of the most striking images of her book is that of a forest on fire with the orange flicker of monarchs that have alighted thousands of miles off course in an impoverished community seeking a miracle. Readers cheered for the butterflies to thrive in their new home, for the townspeople to find something of value in themselves, for global warming to reverse.

Charles Frazier modified with great license his knowledge of the life of his uncle, William P. Inman, a Civil War veteran, blending the history of the Appalachians in the mid 1800’s with a story of betrayal and redemption to write the Civil War book, Cold Mountain. Frazier even attended a fiddler’s convention, and his passages about music sound like the work of a master musician. His feel for the people of the mountain, their culture and language, lends the story true breath. Readers ache for the plight of Inman, Ada, and Ruby, and the mad injustices of war.

Geraldine Brooks studied, under the careful supervision of museum attendants, the actual Sarajevo Haggadah to write People of the Book, merging her observations of the actual illuminated 14th century manuscript with her imagination to create a story that sounds completely plausible, reads with much insight about the medieval artists who may have made the book, and the Bosnian museum director who protected it from the Nazis. To follow Brooks’ tale is to enter a world of artists and scholars, of piety and peril. Readers touch the lives of people escaping conflict or creating sanctuary.

From these talented and brilliant writers I learned a great deal, first of all accepting how little I knew. Research has become the pillar of my writing, as it is for these professional, oft published, and highly acclaimed writers. Learning about unfamiliar skills and historical events lends, if not the brilliance of Kingsolver, Frazier, Brooks, at least the shine of verity to my work.

I attended a lecture and demonstration at the Getty Museum to learn about the craft of marquetry, then spent hours at their detailed marquetry exhibit, taking notes on all the steps involved in the process. Later I read several articles and sought examples of this lovely work everywhere, and spent time with a wood carver who demonstrated additional skills. This knowledge of woodworking is essential to one of my novels, The Inlaid Table.

I interviewed a friend who’d lived through a fire that devastated a Southern California neighborhood decades ago. For many hours she shared the day that the fire raged through Lemon Heights, and told me a few details only a first person account could reveal. She’d also saved every newspaper article about the fire and let me borrow them. I read the papers carefully and took notes, corroborated events with maps, working the facts into the fiction of my story, The Tree House Mother.

I’ve read numerous books about Alzheimer’s, attended discussions with people whose families are struggling because a member has the disease, and listened attentively to the lectures of physicians and researchers engaged in the cutting edge discoveries that may lead to a cure. I’ve also sat many hours with people whose lives teeter in the strange vacuum of the disease, and found both dignity and craziness. What I understand of this illness rests at the heart of my book, Where Did Mama Go?

When I began writing each of these books, I knew I would have to find out more than the general knowledge and limited experience I had of specific items or historic eras. What I now know makes my stories read authentically, a frequent comment from readers. That’s what knowing your subject gets for you – a reader who believes.