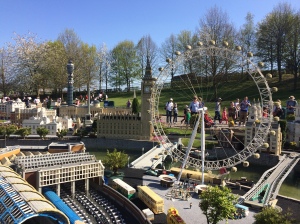 Lego is one of those ubiquitous childhood toys which tends to breed underfoot when your feet are bare and tender and vanish when you need that last particular piece to complete a project. You may be surprised to learn that playtime with Lego has many opportunities for a writer to hone their skills, so perhaps its time to pull down the dusty box those little red pieces have been hiding in and scrutinize what secrets it may be hiding from you.

The word “Lego” is derived from a Danish phrase “leg godt” which means to “play well”. Also meant to be loosely interpreted in Latin, the word Lego is  “I put together”. Keeping these meanings in mind, its not a huge jump for the writer to put their work in progress and the model they are building out of Lego into the same metaphoric box. Writing, in its most basic form, is simply putting words together. Playing and having fun is also ‘supposed’ to be part of the deal when writing.

As a rookie writer / first time builder, when you build the foundation of your story the bricks of the story may press together easily, while construction tends to be rapid fire and passionate. Suddenly, you look across the table and spy a window frame/ character, which, before you had seen it, was not featured in your Lego/story masterpiece. But now that you’ve seen it, it seems impossible to build it without its inclusion.Therein lays the dilemma of a first draft. You are left with the quandary of pulling it completely apart and rebuilding, in a different tense, from a different point of view, in a different colored brick? Do you carry on, attempting to ignore that perfect Lego piece/ character, telling yourself you’ll pick it up and put it somewhere else along the line but secretly knowing that it only has one place, somewhere in your work  hours ago? 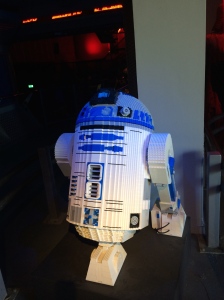 Planning and evaluating problems is part of both the Lego and writing process which many fail to recognize as being integral to the ultimate success of the project. There are few people who can construct a simple design without a degree of forethought, planning and goal building. Even the most casual ‘pantser’ will have a vague overall outcome in mind for their story. A successful ‘pantser’ isolates challenges as they present themselves, evaluates and integrates or discards them as they appear. A planner will generally evaluate discrepancies after the first draft is completed and implement changes afterwards.  Without upsetting the pantser vs. planner debate too much, there is value in staring at the raw materials of your build/story and just building / writing until you reach a point where some planning and evaluation will ensure that you don’t waste too much time when going forward. I’m a big believer that there is space and value for both methods. The value of being a Lego builder as a writer is to see that unusual and beautiful things can be accidentally created even when the plan wasn’t followed.

Lego teaches problem solving, organization, and planning by construction — skills which are invaluable to the writer.  The problems a writer faces are similar in some instances to that of a Lego builder. A writer spends inordinate amounts of time thinking, searching for the right word, researching a specific detail, getting distracted on the internet, discovering new pieces of information which must be included somewhere in the story and then hours staring into space, working out ways to introduce, solve or tighten new plot twists and characters. A builder spends inordinate amounts of time searching for the exact piece, getting distracted by new pieces and then spends more time attempting to fit these pieces in someplace.

Writing, like Lego, is a solitary pursuit. It can capture the time and imagination of people of all ages, where hours disappear under the scribble, tapping or rattle of the tools of their trade. Though writing and Lego can be enjoyed as a group or paired activity, it takes a special environment and range of personalities for this to ultimately work without it ending in egotistical tears, tantrums and shattered friendships.

Lego teaches builders to recognize and duplicate complex patterns, encouraging them to alter and make their own patterns. Writing is based on recognizing patterns within human behavior, replicating and altering certain events to be molded into a specific storyline. Writing also requires authors to utilize the complex patterns of language, grammar and genre specific idiosyncrasies. The more you both observe and practice duplicating increasingly complex patterns, the more mastery you will have.

If you want to improve your writing experience, spill that Lego box out in front of you and start to build something. It will quickly become evident whether you are a ‘pantser’ or a ‘planner’; whilst both have merits for both Lego construction and story writing, the important thing is to build. Just write. Have a goal. Be flexible and “Leg Godt”.

Photos are from a recent visit to Legoland in Windsor, UK; where Annie was unashamedly a big kid for the entire day.

3 thoughts on “What Lego has taught me about writing.”